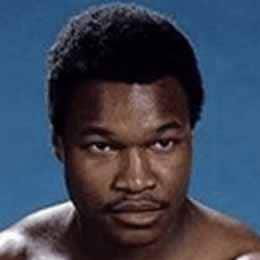 Larry Holmes (The Easton Assassin) is a retired American professional boxer. He was born in Cuthbert, Georgia, U.S. on November 3, 1949. Holmes made his professional boxing debut at the age of 23 against Rodell Dupree on March 21, 1973. He is a former heavyweight world champion. He is 72 years old, and will be turning 73 in 27 days. Holmes is a Hall of Famer.

Larry Holmes was active from from 1973 to 2002. He started boxing professionally at 23 years of age; Holmes debuted against Rodell Dupree on March 21, 1973, and defeated Dupree via 4 round PTS.

He had his first world title fight at the age of 28 on June 9, 1978 after 27 professional fights against Ken Norton for the heavyweight WBC title. Holmes defeated Norton via 15 round split-decision to become the new heavyweight champion of the world.

His last professional fight was a non-title bout against fellow American boxer Eric Esch on July 27, 2002. Holmes won the fight via 10 round unanimous decision. It's been 20 years, 2 months, and 10 days since this fight.

Holmes was inducted into the International Boxing Hall of Fame (IBHOF) in 2008.