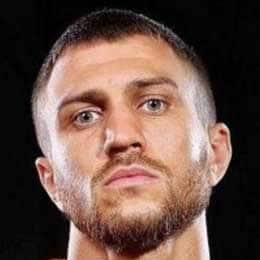 Vasiliy Lomachenko (The Matrix) is a Ukrainian professional boxer. He was born in Bilhorod-Dnistrovskyi, Ukrainian SSR, Soviet Union on February 17, 1988. Lomachenko made his professional boxing debut at the age of 25 against José Luis Ramírez García on October 12, 2013. He is a 3-weight-class world champion. Lomachenko is 34 years old, he will turn 35 in 4 months and 10 days.

Vasyl Lomachenko started boxing professionally at 25 years of age; he debuted against José Luis Ramírez García on October 12, 2013, and defeated García via 4th round KO.

He had his first world title fight at the age of 26 on March 1, 2014 after 1 professional fights against Orlando Salido for the WBO (vacant) title. Lomachenko lost to Salido via 12 round split-decision.

His most recent fight was a non-title bout against Ghanaian boxer Richard Commey on December 11, 2021. Lomachenko won the fight via 12 round unanimous decision. It's been 9 months and 26 days since this fight.