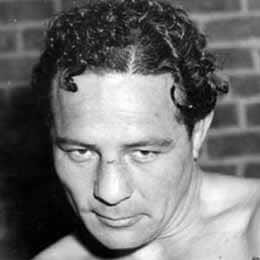 Baer made his debut against Chief Caribou at the age of 20 on May 16, 1929, defeating Caribou via 2nd round TKO. He went on to win 6 more consecutive fights after the debut, which included 4 wins via stoppage.

Baer had his first world title fight at the age of 25 on June 14, 1934 after 46 professional fights, against Primo Carnera for the heavyweight NBA, NYSAC, and The Ring titles. He defeated Carnera via 11th round TKO to become the heavyweight champion of the world.

Baer won one world title at heavyweight. For all the details about Baer's world title wins and defenses refer to "Max Baer World Titles".

Max Baer had a total of 13 losses in his professional boxing career — one of them in a title bout and 12 in non-title bouts. He suffered his first loss against Jack McCarthy via 3 round DQ on September 4, 1929. He was stopped three times and lost 10 times via decision. For more details about these defeats, refer to "All of Max Baer's losses".

His last professional fight was a non-title rematch against Lou Nova at 32 years of age, on April 4, 1941. Baer lost the fight via 8th round TKO.

Baer retired from professional boxing with a record of 68-13, which included 51 knockout wins and 3 losses via knockout, and 1 title win. He was inducted into the International Boxing Hall of Fame (IBHOF) in 1995.

Max Baer fought a total of 81 times during his professional career. He put on some very good performances in these fights. These two fights are the highlight of his career.