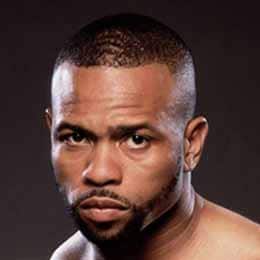 Roy Jones Jr. (Captain Hook) is a retired American professional boxer, who holds American and Russian citizenship. He was born in Pensacola, Florida, U.S. on January 16, 1969. Jones Jr. made his professional boxing debut at the age of 20 against Ricky Randall on May 6, 1989. He is a former 4-weight-class world champion. He is 53 years old, and will be turning 54 in 1 month and 10 days. Jones Jr. is a Hall of Famer.

Roy Jones Jr. was active from from 1989 to 2018. He started boxing professionally at 20 years of age; Jones Jr. debuted against Ricky Randall on May 6, 1989, and defeated Randall via 2nd round TKO.

He had his first world title fight at the age of 24 on May 22, 1993 after 21 professional fights against Bernard Hopkins for the middleweight IBF (vacant) title. Jones Jr. defeated Hopkins via 12 round unanimous decision to become the new middleweight champion of the world.

His last professional fight was a non-title bout against Scott Sigmon on February 8, 2018. Jones Jr. won the fight via 10 round unanimous decision. It's been 4 years, 9 months, and 28 days since this fight.

Jones Jr. was inducted into the International Boxing Hall of Fame (IBHOF) in 2022.

These seven fights are the highlight of of Roy Jones Jr.'s boxing career.