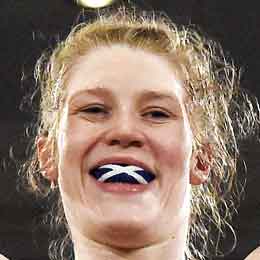 Hannah Rankin is a Scottish professional boxer. She was born in Luss, Argyll and Bute, Scotland on July 21, 1990. Rankin made her professional boxing debut at the age of 26 against Ester Konecna on May 21, 2017. She is a super-welterweight world champion. Rankin is 32 years old, she will turn 33 in 9 months and 14 days.

Hannah Rankin started boxing professionally at 26 years of age; she debuted against Ester Konecna on May 21, 2017, and defeated Konecna via 6 round PTS.

She had her first world title fight at the age of 28 on August 4, 2018 after 6 professional fights against Alicia Napoleon for the WBA title. Rankin lost to Napoleon via 10 round unanimous decision.

Her most recent fight was a super-welterweight title defense bout against British boxer Terri Harper on September 24, 2022. Rankin lost the fight via 10 round unanimous decision — and lost her WBA title. It's been 13 days since this fight.