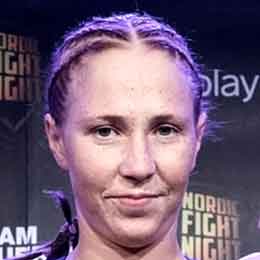 Patricia Berghult is a Swedish professional boxer. She was born in Malmö, Sweden on May 2, 1994. Berghult made her professional boxing debut at the age of 21 against Sara Marjanovic on December 19, 2015. She is a super-welterweight world champion. Berghult is 28 years old, she will turn 29 in 6 months and 25 days.

Patricia Berghult started boxing professionally at 21 years of age; she debuted against Sara Marjanovic on December 19, 2015, and defeated Marjanovic via 4 round unanimous decision.

She had her first world title fight at the age of 27 on November 27, 2021 after 14 professional fights against Olivia Belkacem for the super-welterweight WBC (vacant) title. Berghult defeated Belkacem via 10 round unanimous decision to become the new super-welterweight champion of the world.

Her most recent fight was a super-welterweight title defense bout against British boxer Natasha Jonas on September 3, 2022. Berghult lost the fight via 10 round unanimous decision — and lost her WBC and WBO titles. It's been 1 month and 4 days since this fight.