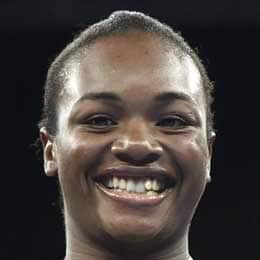 Claressa Shields (T-Rex) is an American professional boxer. She was born in Flint, Michigan, U.S. on March 17, 1995. Shields made her professional boxing debut at the age of 21 against Franchón Crews-Dezurn on November 19, 2016. She is a 3-weight-class world champion. Shields is 27 years old, she will turn 28 in 5 months and 10 days.

Claressa Shields started boxing professionally at 21 years of age; she debuted against Franchón Crews-Dezurn on November 19, 2016, and defeated Crews-Dezurn via 4 round unanimous decision.

She had her first world title fight at the age of 22 on August 4, 2017 after 3 professional fights against Nikki Adler for the super-middleweight WBC and IBF titles. Shields defeated Adler via 5th round TKO to become the new super-middleweight champion of the world.

Her most recent fight was a middleweight title defense bout against Slovenian boxer Ema Kozin on February 5, 2022. Shields won the fight via 10 round unanimous decision and defended her WBA, WBC, IBF, and The Ring titles. It's been 8 months and 2 days since this fight.