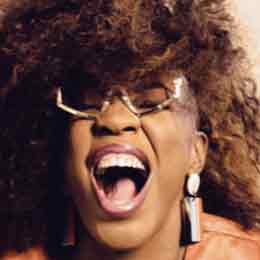 5 years and 5 months into her professional boxing career, Franchón Crews-Dezurn has fought 10 times with 8 wins, a single loss, and 1 no-contest. As of February 2023, Crews-Dezurn's boxing record stands at 8-1 (2 KO wins).

Franchón Crews-Dezurn made her debut against Claressa Shields at the age of 29 on November 19, 2016, losing to Shields via 4 round unanimous decision. She went on to win 6 consecutive fights after this loss, which included 2 wins via stoppage.

Her most recent fight was for the super-middleweight undisputed championship title against Swedish boxer Elin Cederroos on April 30, 2022. Crews-Dezurn won the fight via 10 round unanimous decision, successfully defending her WBC and WBO titles and winning the WBA and IBF titles to become the undisputed super-middleweight world champion. It's been 9 months and 5 days since this fight.

Crews-Dezurn's professional boxing record is currently at 8-1, which includes 2 knockout wins, and 4 title wins. She is on a eight-fight winning streak.

Franchón Crews-Dezurn has fought a total of 10 times till today. These two fights are the highlight of her career.