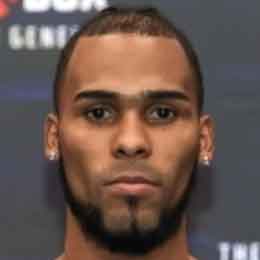 Edwin De Los Santos is a Dominican professional boxer. He was born in Santo Domingo, Dominican Republic on October 7, 1999. Santos made his professional boxing debut at the age of 18 against Jose Vidal Sanchez on August 25, 2018. He is yet to win a world title. Santos turns 23 years old today!

Edwin De Los Santos started boxing professionally at 18 years of age; he debuted against Jose Vidal Sanchez on August 25, 2018, and defeated Sanchez via 2nd round KO.

His most recent fight was a non-title bout against American boxer Jose Valenzuela on September 4, 2022. Santos won the fight via 3rd round KO. It's been 1 month and 3 days since this fight.