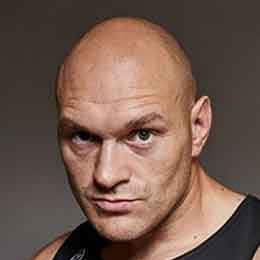 Tyson Fury (The Gypsy King) is a British professional boxer. He was born in Wythenshawe, Manchester, England on August 12, 1988. Fury made his professional boxing debut at the age of 20 on December 6, 2008. He is a heavyweight world champion. Fury is 34 years old, he will turn 35 in 6 months and 5 days.

Tyson Fury made his debut against Béla Gyöngyösi at the age of 20 on December 6, 2008, defeating Gyöngyösi via 1st round TKO. He went on to win 26 more consecutive fights after the debut, which included 18 wins via stoppage.

Fury had his first world title fight at the age of 27 on November 28, 2015 after 24 professional fights, against Wladimir Klitschko for the heavyweight WBA (Super), IBF, WBO, and The Ring titles. He defeated Klitschko via 12 round unanimous decision to become the heavyweight champion of the world.

He is a one-time unified heavyweight world champion, and has won six world titles at heavyweight. For all the details about Fury's world title wins and defenses refer to "Tyson Fury World Titles".

Tyson Fury has never lost a fight in his professional boxing career so far. He will be fighting Oleksandr Usyk on April 29, 2023. Will he remain undefeated?

His most recent fight was a heavyweight title defense bout against fellow British boxer Derek Chisora on December 3, 2022. Fury won the fight via 10th round TKO and defended his WBC title. It's been 2 months and 4 days since this fight.

Fury's professional boxing record is currently at an undefeated 33-0-1, which includes 24 knockout wins, and six title wins. He is on a six-fight winning streak, and is scheduled to face Ukrainian boxer Oleksandr Usyk on April 29, 2023.

Tyson Fury has fought a total of 34 times till today. He is among the top boxers of his generation and has put on some great performances. These nine fights are the highlight of his career.