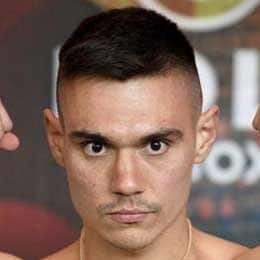 Tim Tszyu is an Australian professional boxer. He was born in Sydney, New South Wales, Australia on November 2, 1994. Tszyu made his professional boxing debut at the age of 22 against Zorran Cassady on December 17, 2016. He is yet to win a world title. Tszyu is 28 years old, he will turn 29 in 10 months and 25 days.

Tim Tszyu started boxing professionally at 22 years of age. He debuted against Zorran Cassady on December 17, 2016 and defeated Cassady via 6 round unanimous decision.

Tim Tszyu is scheduled for his first world title fight on January 29, 2023 at the age of 28, after 21 professional fights against Jermell Charlo with the WBA (Super), WBC, IBF, WBO, and The Ring titles on the line. The fight ended in a na.

His most recent fight was a non-title bout against American boxer Terrell Gausha on March 26, 2022. Tszyu won the fight via 12 round unanimous decision. It's been 8 months and 12 days since this fight.