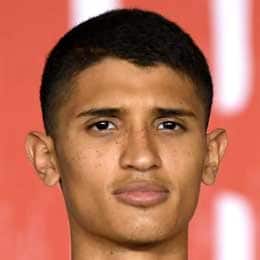 Sebastian Fundora (The Towering Inferno) is an American professional boxer. He was born in West Palm Beach, Florida, U.S. on December 28, 1997. Fundora made his professional boxing debut at the age of 18 on September 24, 2016. He is yet to win a world title. Fundora is 25 years old, he will turn 26 in 10 months and 21 days.

Sebastian Fundora made his debut against Jose Cardenas at the age of 18 on September 24, 2016, defeating Cardenas via 1st round KO. He went on to win 12 more consecutive fights after the debut, which included 8 wins via stoppage.

Sebastian Fundora has never lost a fight in his professional boxing career so far.

His most recent fight was a non-title bout against Mexican boxer Carlos Ocampo on October 8, 2022. Fundora won the fight via 12 round unanimous decision. It's been 3 months and 30 days since this fight.

Fundora's professional boxing record is currently at an undefeated 20-0-1, which includes 13 knockout wins. He is on a seven-fight winning streak.