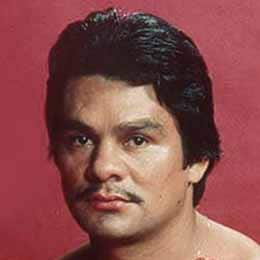 Roberto Durán (Manos de Piedra) is a retired Panamanian professional boxer. He was born in El Chorrillo, Panama on June 16, 1951. Durán made his professional boxing debut at the age of 16 on February 23, 1968. He is a former 4-weight-class world champion. He is 71 years old, and will be turning 72 in 4 months and 12 days. Durán is a Hall of Famer.

Durán made his debut against Carlos Mendoza at the age of 16 on February 23, 1968, defeating Mendoza via 4 round unanimous decision. He went on to win 30 more consecutive fights after the debut, which included 27 wins via stoppage.

Durán had his first world title fight at the age of 21 on June 26, 1972 after 28 professional fights, against Ken Buchanan for the lightweight WBA and The Ring titles. He defeated Buchanan via 13th round TKO to become the lightweight champion of the world.

He was a one-time undisputed lightweight world champion, and has won seven world titles at 4 weight classes. For all the details about Durán's world title wins and defenses refer to "Roberto Durán World Titles".

Roberto Durán had a total of 16 losses in his professional boxing career — seven of them in title bouts and nine in non-title bouts. He suffered his first loss against Esteban de Jesús via 10 round unanimous decision on November 17, 1972, which ended his 31-fight win streak. He has been stopped four times and lost 12 times via decision. For more details about these defeats, refer to "All of Roberto Durán's losses".

His last professional fight was a super-middleweight bout against Puerto Rican boxer Héctor Camacho on July 14, 2001. Durán lost the fight via 12 round unanimous decision. It's been 21 years, 6 months, and 21 days since this fight.

Durán retired from professional boxing with a record of 103-16, which included 70 knockout wins and 4 losses via knockout, and 7 title wins. He was inducted into the International Boxing Hall of Fame (IBHOF) in 2007.

Roberto Durán fought a total of 119 times during his professional career. He was among the very best of his generation and put on some incredible performances. These eight fights are the highlight of his career.