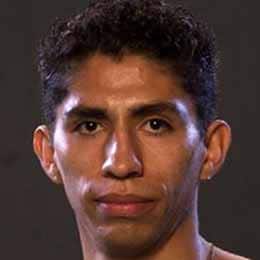 Rey Vargas made his debut against Claudio Palacios at the age of 19 on April 10, 2010, defeating Palacios via 1st round KO.

Vargas has won two world titles at 2 weight classes. For all the details about Vargas' world title wins and defenses refer to "Rey Vargas World Titles".

Rey Vargas has never lost a fight in his professional boxing career so far. He will be fighting O'Shaquie Foster on February 11, 2023. Will he remain undefeated?

His most recent fight was on July 9, 2022 against Filipino boxer Mark Magsayo for Magsayo's featherweight title. Vargas won the fight via 12 round split-decision and won the WBC title. It's been 6 months and 23 days since this fight.

Vargas' professional boxing record is currently at an undefeated 36-0, which includes 22 knockout wins, and 2 title wins. He is on a 36-fight winning streak, and is scheduled to face American boxer O'Shaquie Foster on February 11, 2023.

Rey Vargas has fought a total of 36 times till today. These four fights are the highlight of his career.