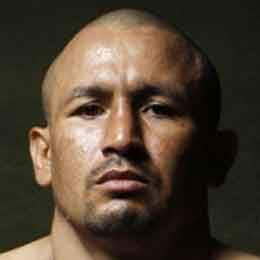 Orlando Salido (Siri) is a retired Mexican professional boxer. He was born in Ciudad Obregón, Sonora, Mexico on November 16, 1978. Salido made his professional boxing debut at the age of 17 against Iván Cazarez on March 1, 1996. He is a former featherweight world champion. Salido turned 44 last month, on the 16th.

Orlando Salido was active from from 1996 to 2017. He started boxing professionally at 17 years of age. Salido debuted against Iván Cazarez on March 1, 1996 and lost to Cazarez via 4th round TKO.

He had his first world title fight at the age of 25 on September 18, 2004 after 33 professional fights against Juan Manuel Márquez for the WBA (Super) and IBF titles. Salido lost to Márquez via 12 round unanimous decision.

His last professional fight was a non-title bout against fellow Mexican boxer Miguel Román on December 9, 2017. Salido lost the fight via 9th round TKO. It's been 4 years, 11 months, and 29 days since this fight.

Salido retired from professional boxing with a record of 44-14-4.

These three fights are the highlight of of Orlando Salido's boxing career.