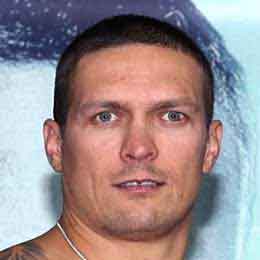 Oleksandr Usyk (The Cat) is a Ukrainian professional boxer. He was born in Simferopol, Crimean Oblast, Ukrainian SSR, Soviet Union on January 17, 1987. Usyk made his professional boxing debut at the age of 26 on September 11, 2013. He is a 2-weight-class world champion. Usyk turned 36 last month, on the 17th.

Oleksandr Usyk made his debut against Felipe Romero at the age of 26 on September 11, 2013, defeating Romero via 5th round TKO.

Usyk had his first world title fight at the age of 29 on September 17, 2016 after 9 professional fights, against Krzysztof Głowacki for the cruiserweight WBO title. He defeated Głowacki via 12 round unanimous decision to become the cruiserweight champion of the world.

Oleksandr Usyk has never lost a fight in his professional boxing career so far. He will be fighting Tyson Fury on April 29, 2023. Will he remain undefeated?

His most recent fight was a heavyweight title defense bout against British boxer Anthony Joshua on August 20, 2022. Usyk won the fight via 12 round split-decision and defended his WBA (Super), IBF, and WBO titles, and won the vacant The Ring title. It's been 5 months and 15 days since this fight.

Usyk's professional boxing record is currently at an undefeated 20-0, which includes 13 knockout wins, and 9 title wins. He is on a 20-fight winning streak, and is scheduled to face British boxer Tyson Fury on April 29, 2023.

Oleksandr Usyk has fought a total of 20 times till today. He is among the very best of his generation and is known for his great performances. These nine fights are the highlight of his career.