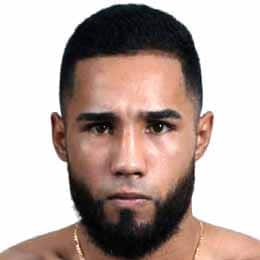 Luis Nery made his debut against José Guadalupe Salgado at the age of 17 on May 5, 2012, defeating Salgado via 1st round TKO. He went on to win 30 more consecutive fights after the debut, which included 23 wins via stoppage.

Nery had his first world title fight at the age of 22 on August 15, 2017 after 23 professional fights, against Shinsuke Yamanaka for the bantamweight WBC and The Ring titles. He defeated Yamanaka via 4th round TKO to become the bantamweight champion of the world.

Nery has won four world titles at 2 weight classes. For all the details about Nery's world title wins and defenses refer to "Luis Nery World Titles".

Luis Nery has had just a single loss in his professional boxing career so far. He suffered his first loss against Brandon Figueroa via 7th round KO on May 15, 2021, which ended his 31-fight win streak. Figueroa is the only boxer to beat Nery. For more details about this defeat, refer to "All of Luis Nery's losses".

His most recent fight was a non-title bout against fellow Mexican boxer David Carmona on October 1, 2022. Nery won the fight via 3rd round TKO. It's been 4 months since this fight.

Nery's professional boxing record is currently at 33-1, which includes 25 knockout wins and 1 loss via knockout, and 4 title wins. He is on a two-fight winning streak, and is scheduled to face Armenian boxer Azat Hovhannisyan on February 18, 2023.

Luis Nery has fought a total of 34 times till today. These two fights are the highlight of his career.