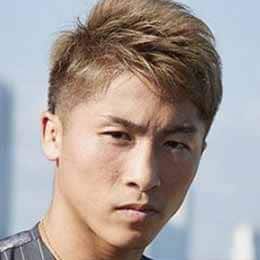 Naoya Inoue (The Monster) is a Japanese professional boxer. He was born in Zama, Kanagawa, Japan on April 10, 1993. Inoue made his professional boxing debut at the age of 19 against Crison Omayao on October 2, 2012. He is a 3-weight-class world champion. Inoue is 29 years old, he will turn 30 in 6 months and 3 days.

Naoya Inoue started boxing professionally at 19 years of age; he debuted against Crison Omayao on October 2, 2012, and defeated Omayao via 4th round KO.

He had his first world title fight at the age of 20 on April 6, 2014 after 5 professional fights against Adrián Hernández for the light-flyweight WBC title. Inoue defeated Hernández via 6th round TKO to become the new light-flyweight champion of the world.

His most recent fight was a bantamweight title unification bout against Filipino boxer Nonito Donaire on June 7, 2022. Inoue won the fight via 2nd round TKO — defending his WBA (Super), IBF, and The Ring titles and winning the WBC title. It's been 4 months since this fight.