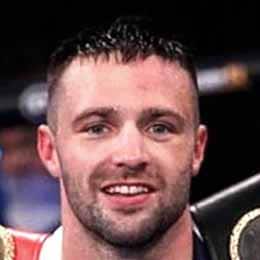 Josh Taylor (The Tartan Tornado) is a Scottish professional boxer. He was born in Prestonpans, Scotland on January 2, 1991. Taylor made his professional boxing debut at the age of 24 against Archie Weah on July 18, 2015. He is a super-lightweight world champion. Taylor is 31 years old, he will turn 32 in 28 days.

Josh Taylor started boxing professionally at 24 years of age; he debuted against Archie Weah on July 18, 2015, and defeated Weah via 2nd round TKO.

He had his first world title fight at the age of 28 on May 18, 2019 after 14 professional fights against Ivan Baranchyk for the super-lightweight IBF title. Taylor defeated Baranchyk via 12 round unanimous decision to become the new super-lightweight champion of the world.

His most recent fight was a super-lightweight undisputed championship title defense against English boxer Jack Catterall on February 26, 2022. Taylor won the fight via 12 round split-decision, and successfully defended his undisputed title. It's been 9 months and 9 days since this fight.

These two fights are the highlight of of Josh Taylor's boxing career so far.