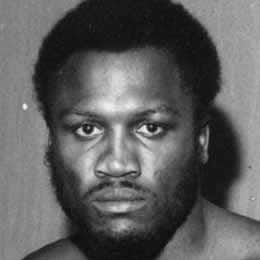 Joe Frazier (Smokin' Joe Frazier) was an American professional boxer. He was born in Beaufort, South Carolina, U.S. on January 12, 1944. Frazier made his professional boxing debut at the age of 21 against Woody Goss on August 16, 1965. He was a heavyweight world champion. He died on November 7, 2011 at the age of 67 years. Frazier is a Hall of Famer.

Joe Frazier was active from from 1965 to 1981. He started boxing professionally at 21 years of age; Frazier debuted against Woody Goss on August 16, 1965, and defeated Goss via 1st round TKO.

He had his first world title fight at the age of 24 on March 4, 1968 after 19 professional fights against Buster Mathis for the heavyweight NYSAC (vacant) title. Frazier defeated Mathis via 11th round TKO to become the new heavyweight champion of the world.

His last professional fight was a non-title bout against Floyd Cummings at 37 years of age, on December 3, 1981. The fight ended in a 10 round majority decision draw.

Frazier was inducted into the International Boxing Hall of Fame (IBHOF) in 1990.