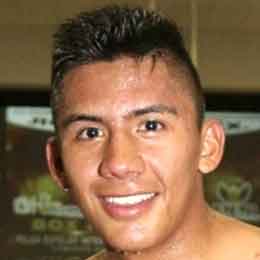 Israel González (Jiga) is a Mexican professional boxer. He was born in Cabo San Lucas, Baja California Sur, Mexico on December 4, 1996. González made his professional boxing debut at the age of 17 against Zenon Venancio on November 14, 2014. He is yet to win a world title. González is 25 years old, he will turn 26 in 1 month and 27 days.

Israel González started boxing professionally at 17 years of age; he debuted against Zenon Venancio on November 14, 2014, and defeated Venancio via 4 round unanimous decision.

He had his first world title fight at the age of 21 on February 3, 2018 after 22 professional fights against Jerwin Ancajas for the IBF title. González lost to Ancajas via 10th round TKO.

His most recent fight was on September 17, 2022 against American boxer Jesse Rodríguez for Rodríguez' super-flyweight WBC title. González lost the fight via 12 round unanimous decision. It's been 20 days since this fight.