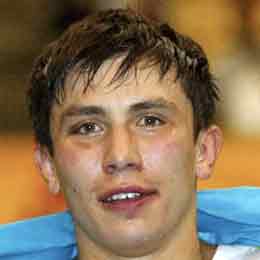 Gennadiy Golovkin (GGG) is a Kazakhstani professional boxer. He was born in Karaganda, Kazakh SSR, Soviet Union on April 8, 1982. Golovkin made his professional boxing debut at the age of 24 on May 6, 2006. He is a middleweight world champion. Golovkin is 40 years old, he will turn 41 in 2 months and 1 day.

Gennady Golovkin made his debut against Gabor Balogh at the age of 24 on May 6, 2006, defeating Balogh via 1st round KO. He went on to win 36 more consecutive fights after the debut, which included 32 wins via stoppage.

Golovkin got elevated as the middleweight world WBA (Regular) champion at the age of 28 after 19 professional fights, and had his first title defense fight against Nilson Julio Tapia on December 16, 2010, and won via 3rd round KO.

Gennady Golovkin has had a total of two losses in his professional boxing career so far — both of them in title bouts. He suffered his first loss against Canelo Álvarez via 12 round majority decision on September 15, 2018, which ended his 38-fight win streak. He has never been stopped, both his losses came via decision. For more details about these defeats, refer to "All of Gennady Golovkin's losses".

His most recent fight was for the super-middleweight undisputed championship title against Mexican boxer Canelo Álvarez on September 17, 2022. Golovkin lost the fight via 12 round unanimous decision. It's been 4 months and 21 days since this fight.

Golovkin's professional boxing record is currently at 42-2-1, which includes 37 knockout wins, and three title wins. He is on a one-fight losing streak, and is scheduled to face Brazilian boxer Esquiva Falcão on March 18, 2023.

Gennady Golovkin has fought a total of 45 times till today. He is among the very best of his generation and is one of the pound-for-pound best boxers of all time. These 10 fights are the highlight of his career.