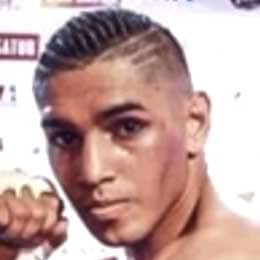 Fernando Martínez (Pumita) is an Argentinian professional boxer. He was born in Avellaneda, Buenos Aires, Argentina on July 18, 1991. Martínez made his professional boxing debut at the age of 26 against Juan Ignacio Haran on August 25, 2017. He is a super-flyweight world champion. Martínez is 31 years old, he will turn 32 in 9 months and 11 days.

Fernando Martínez started boxing professionally at 26 years of age; he debuted against Juan Ignacio Haran on August 25, 2017, and defeated Haran via 4th round RTD.

He had his first world title fight at the age of 30 on February 26, 2022 after 13 professional fights against Jerwin Ancajas for the super-flyweight IBF title. Martínez defeated Ancajas via 12 round unanimous decision to become the new super-flyweight champion of the world.

His most recent fight was on February 26, 2022 against Filipino boxer Jerwin Ancajas for Ancajas' super-flyweight title. Martínez won the fight via 12 round unanimous decision and won the IBF title. It's been 7 months and 11 days since this fight.