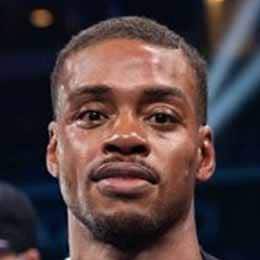 Errol Spence Jr. (The Truth) is an American professional boxer. He was born in Long Island, New York, U.S. on March 3, 1990. Spence Jr. made his professional boxing debut at the age of 22 against Jonathan Garcia on November 9, 2012. He is a welterweight world champion. Spence Jr. is 32 years old, he will turn 33 in 4 months and 24 days.

Errol Spence Jr. started boxing professionally at 22 years of age; he debuted against Jonathan Garcia on November 9, 2012, and defeated Garcia via 3rd round KO.

He had his first world title fight at the age of 27 on May 27, 2017 after 21 professional fights against Kell Brook for the welterweight IBF title. Spence Jr. defeated Brook via 11th round KO to become the new welterweight champion of the world.

His most recent fight was a welterweight title defense bout against Cuban boxer Yordenis Ugas on April 16, 2022. Spence Jr. won the fight via 10th round RTD. It's been 5 months and 21 days since this fight.