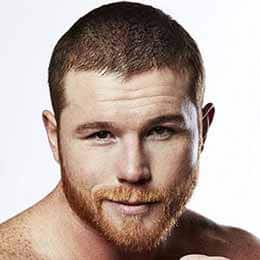 Saúl Álvarez (Canelo) is a Mexican professional boxer. He was born in Guadalajara, Jalisco, Mexico on July 18, 1990. Canelo made his professional boxing debut at the age of 15 against Abraham Gonzalez on October 29, 2005. He is a 4-weight-class world champion. Canelo is 32 years old, he will turn 33 in 9 months and 11 days.

Canelo Álvarez started boxing professionally at 15 years of age; he debuted against Abraham Gonzalez on October 29, 2005, and defeated Gonzalez via 4th round TKO.

He had his first world title fight at the age of 20 on March 5, 2011 after 36 professional fights against Matthew Hatton for the super-welterweight WBC (vacant) title. Canelo defeated Hatton via 12 round unanimous decision to become the new super-welterweight champion of the world.

His most recent fight was a super-middleweight undisputed championship title defense against Kazakhstani boxer Gennady Golovkin on September 17, 2022. Canelo won the fight via 12 round unanimous decision, and successfully defended his undisputed title. It's been 20 days since this fight.