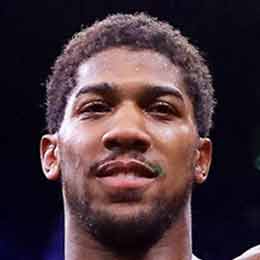 Anthony Joshua (AJ) is a British professional boxer. He was born in Watford, Hertfordshire, England on October 15, 1989. Joshua made his professional boxing debut at the age of 23 on October 5, 2013. He is a heavyweight world champion. Joshua is 33 years old, he will turn 34 in 8 months and 8 days.

Anthony Joshua made his debut against Emanuele Leo at the age of 23 on October 5, 2013, defeating Leo via 1st round TKO. He went on to win 21 more consecutive fights after the debut, which included 20 wins via stoppage.

Joshua had his first world title fight at the age of 26 on April 9, 2016 after 15 professional fights, against Charles Martin for the heavyweight IBF title. He defeated Martin via 2nd round KO to become the heavyweight champion of the world.

He is a three-time unified heavyweight world champion, and has won six world titles at heavyweight. For all the details about Joshua's world title wins and defenses refer to "Anthony Joshua World Titles".

Anthony Joshua has had a total of three losses in his professional boxing career so far — all of them in title bouts. He suffered his first loss against Andy Ruiz Jr. via 7th round TKO on June 1, 2019, which ended his 22-fight win streak. He has been stopped once and lost two times via decision. For more details about these defeats, refer to "All of Anthony Joshua's losses".

His most recent fight was on August 20, 2022 against Ukrainian boxer Oleksandr Usyk for Usyk's heavyweight WBA (Super), IBF, and WBO titles. Joshua lost the fight via 12 round split-decision. It's been 5 months and 18 days since this fight.

Joshua's professional boxing record is currently at 24-3, which includes 22 knockout wins and one loss via knockout, and six title wins. He is on a two-fight losing streak, and is scheduled to face American boxer Jermaine Franklin on April 1, 2023.

Anthony Joshua has fought a total of 27 times till today. He is among the very best of his generation and is known for his great performances. These eight fights are the highlight of his career.