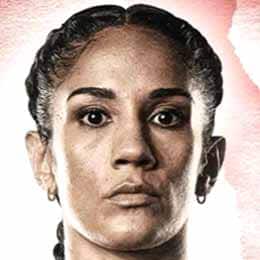 Amanda Serrano (The Real Deal) is a Puerto Rican professional boxer. She was born in Carolina, Puerto Rico on October 9, 1988. Serrano made her professional boxing debut at the age of 20 against Jackie Trivilino on March 20, 2009. She is a 7-weight-class world champion. Serrano is 33 years old, she will turn 34 in 2 days.

Amanda Serrano started boxing professionally at 20 years of age; she debuted against Jackie Trivilino on March 20, 2009, and defeated Trivilino via 4 round majority decision.

She had her first world title fight at the age of 22 on September 10, 2011 after 12 professional fights against Kimberly Connor for the super-featherweight IBF (vacant) title. Serrano defeated Connor via 2nd round TKO to become the new super-featherweight champion of the world.

Her most recent fight was a featherweight title unification bout against Danish boxer Sarah Mahfoud on September 24, 2022. Serrano won the fight via 10 round unanimous decision — defending her WBC and WBO titles and winning the IBF title. It's been 13 days since this fight.