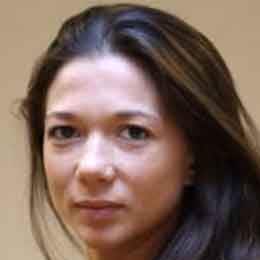 Sarah Mahfoud is a Danish professional boxer. She was born in Tórshavn, Faroe Islands on September 29, 1989. Mahfoud made her professional boxing debut at the age of 27 against Petra Podraska on February 11, 2017. She is a featherweight world champion. Mahfoud turned 33 last month, on the 29th.

Sarah Mahfoud started boxing professionally at 27 years of age; she debuted against Petra Podraska on February 11, 2017, and defeated Podraska via 1st round TKO.

Mahfoud got elevated as the featherweight world IBF champion at the age of 32 after 10 professional fights, and had her first title defense fight against Nina Meinke on April 21, 2022, and won via 10 round unanimous decision.

Her most recent fight was a featherweight title unification bout against Puerto Rican boxer Amanda Serrano on September 24, 2022. Mahfoud lost the fight via 10 round unanimous decision — and lost her IBF title. It's been 13 days since this fight.