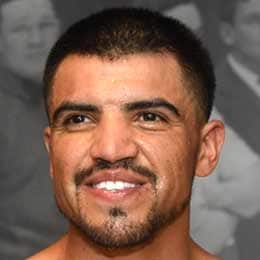 Victor Ortiz (Vicious) is an American professional boxer. He was born in Garden City, Kansas, U.S. on January 31, 1987. Ortiz made his professional boxing debut at the age of 17 on June 4, 2004. He is a welterweight world champion. Ortiz turned 36 last month, on the 31st.

Victor Ortiz made his debut against Raul Montes at the age of 17 on June 4, 2004, defeating Montes via 1st round TKO. He went on to win 6 more consecutive fights after the debut, which included 4 wins via stoppage.

Ortiz had his first world title fight at the age of 24 on April 16, 2011 after 32 professional fights, against Andre Berto for the welterweight WBC title. He defeated Berto via 12 round unanimous decision to become the welterweight champion of the world.

Ortiz has won one world title at welterweight. For all the details about Ortiz' world title wins and defenses refer to "Victor Ortiz World Titles".

Some of Ortiz' best fights and notable victories include wins over Andre Berto, Nate Campbell, and Carlos Maussa.

Victor Ortiz has had a total of seven losses in his professional boxing career so far — one of them in a title bout and six in non-title bouts. He suffered his first loss against Corey Alarcon via 1 round DQ on June 3, 2005. He has been stopped five times and lost two times via decision. For more details about these defeats, refer to "All of Victor Ortiz' losses".

His most recent fight was a non-title bout against fellow American boxer Robert Guerrero on August 21, 2021. Ortiz lost the fight via 10 round unanimous decision. It's been 1 year, 5 months, and 14 days since this fight.

Ortiz' professional boxing record is currently at 32-7-3, which includes 25 knockout wins and 5 losses via knockout, and 1 title win. He is on a one-fight losing streak.

Although Victor Ortiz had a total of 42 fights till today, this fight against Andre Berto is the sole highlight of his career so far.