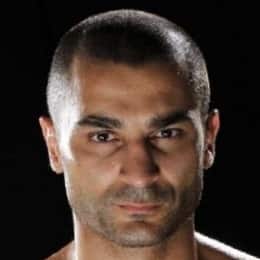 Vic Darchinyan (The Raging Bull) is a retired Armenian professional boxer, who holds Armenian and Australian citizenship. He was born in Vanadzor, Armenian SSR, Soviet Union on January 7, 1976. Darchinyan made his professional boxing debut at the age of 24 against Sande Kizito on November 3, 2000. He is a former 2-weight-class world champion. He is 46 years old, and will be turning 47 in 30 days.

Vic Darchinyan was active from from 2000 to 2017. He started boxing professionally at 24 years of age. Darchinyan debuted against Sande Kizito on November 3, 2000 and defeated Kizito via 6 round PTS.

He had his first world title fight at the age of 28 on December 16, 2004 after 21 professional fights against Irene Pacheco for the flyweight IBF title. Darchinyan defeated Pacheco via 11th round TKO to become the new flyweight champion of the world.

His last professional fight was a non-title bout against Pakpoom Hammarach on March 10, 2017. Darchinyan won the fight via 1st round KO. It's been 5 years, 8 months, and 28 days since this fight.

Darchinyan retired from professional boxing with a record of 43-9-1.

These two fights are the highlight of of Vic Darchinyan's boxing career.