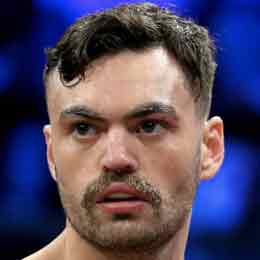 Tyrone McKenna (The Mighty Celt) is an UK professional boxer. He was born in Belfast, Northern Ireland, United Kingdom on March 3, 1990. McKenna made his professional boxing debut at the age of 22 against Anthony Morrison on August 18, 2012. He is yet to win a world title. McKenna is 32 years old, he will turn 33 in 2 months and 26 days.

Tyrone McKenna started boxing professionally at 22 years of age; he debuted against Anthony Morrison on August 18, 2012, and defeated Morrison via 4 round unanimous decision.

His most recent fight was a non-title bout against Chris Jenkins on August 6, 2022. McKenna won the fight via 10 round unanimous decision. It's been 3 months and 29 days since this fight.