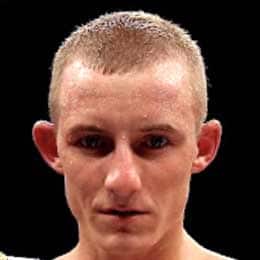 Paul Butler (Baby Faced Assassin) is an English professional boxer. He was born in Ellesmere Port, England on November 11, 1988. Butler made his professional boxing debut at the age of 22 against Anwar Alfadi on December 11, 2010. He is a bantamweight world champion. Butler is 33 years old, he will turn 34 in 1 month and 4 days.

Paul Butler started boxing professionally at 22 years of age; he debuted against Anwar Alfadi on December 11, 2010, and defeated Alfadi via 4 round PTS.

He had his first world title fight at the age of 25 on June 7, 2014 after 15 professional fights against Stuart Hall for the bantamweight IBF title. Butler defeated Hall via 12 round split-decision to become the new bantamweight champion of the world.

His most recent fight was a non-title bout against Filipino boxer Jonas Sultan on April 22, 2022. Butler won the fight via 12 round unanimous decision. It's been 5 months and 15 days since this fight.