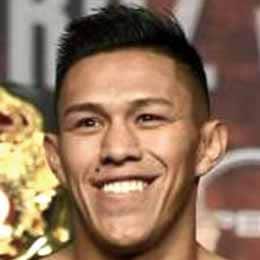 Miguel Flores (El Michoacano) is an American professional boxer, who holds American and Mexican citizenship. He was born in Morelia, Michoacán de Ocampo, Mexico on July 17, 1992. Flores made his professional boxing debut at the age of 17 against Cody Gardner on August 14, 2009. He is yet to win a world title. Flores is 30 years old, he will turn 31 in 9 months and 10 days.

Miguel Flores started boxing professionally at 17 years of age; he debuted against Cody Gardner on August 14, 2009, and defeated Gardner via 1st round TKO.

He had his first world title fight at the age of 27 on November 23, 2019 after 26 professional fights against Léo Santa Cruz for the WBA (Super) (vacant) title. Flores lost to Cruz via 12 round unanimous decision.

His most recent fight was a non-title bout against Mexican boxer Abner Mares on September 4, 2022. The fight ended in a 10 round majority decision draw. It's been 1 month and 3 days since this fight.