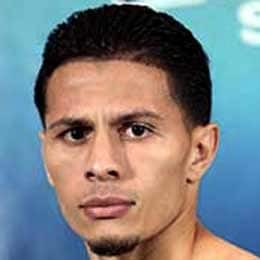 McWilliams Arroyo is a Puerto Rican professional boxer. He was born in Ceiba, Puerto Rico on December 5, 1985. Arroyo made his professional boxing debut at the age of 24 against Eliecer Sánchez on February 27, 2010. He is yet to win a world title. Arroyo turned 37 this month 3 days ago, on the 5th.

McWilliams Arroyo started boxing professionally at 24 years of age. He debuted against Eliecer Sánchez on February 27, 2010 and defeated Sánchez via 1st round KO.

He had his first world title fight at the age of 28 on September 10, 2014 after 16 professional fights against Amnat Ruenroeng for the IBF title. Arroyo lost to Ruenroeng via 12 round split-decision.

His most recent fight was on November 19, 2021 against Mexican boxer Julio Cesar Martinez for Martinez' flyweight WBC title. The fight ended in a 3 round no-contest. It's been 1 year and 19 days since this fight.