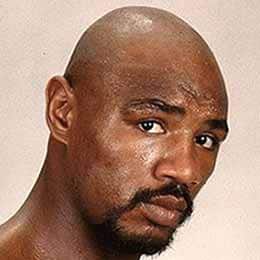 Hagler made his debut against Terry Ryan at the age of 18 on May 18, 1973, defeating Ryan via 2nd round KO. He went on to win 16 more consecutive fights after the debut, which included 13 wins via stoppage.

Marvelous Marvin Hagler had his first world title fight on November 30, 1979 at the age of 25, after 49 professional fights, against Vito Antuofermo with the WBA, WBC, and The Ring titles on the line. The fight ended in a split-decision draw.

He was a one-time undisputed middleweight world champion, and won four world titles at middleweight. For all the details about Hagler's world title wins and defenses refer to "Marvelous Marvin Hagler World Titles".

Marvelous Marvin Hagler had a total of three losses in his professional boxing career — one of them in a title bout and two in non-title bouts. He suffered his first loss against Bobby Watts via 10 round majority decision on January 13, 1976, which ended his 25-fight win streak. He was never stopped, all his losses came via decision. For more details about these defeats, refer to "All of Marvelous Marvin Hagler's losses".

His last professional fight was a middleweight title defense bout against fellow American boxer Sugar Ray Leonard at 32 years of age, on April 6, 1987. Hagler lost the fight via 12 round split-decision — and lost his WBC and The Ring titles.

Hagler retired from professional boxing with a record of 62-3-2, which included 52 knockout wins, and 4 title wins. He was inducted into the International Boxing Hall of Fame (IBHOF) in 1993.

Marvelous Marvin Hagler fought a total of 67 times during his professional career. He was among the very best of his generation and put on some incredible performances. These 10 fights are the highlight of his career.