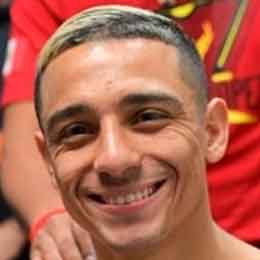 Luis Alberto Lopez (El Venado) is a Mexican professional boxer. He was born in Mexico on August 21, 1993. Lopez made his professional boxing debut at the age of 22 against Francisco Javier Grande Pacheco on November 6, 2015. He is yet to win a world title. Lopez is 29 years old, he will turn 30 in 10 months and 14 days.

Luis Alberto Lopez started boxing professionally at 22 years of age; he debuted against Francisco Javier Grande Pacheco on November 6, 2015, and defeated Pacheco via 4 round split-decision.

Luis Alberto Lopez is scheduled for his first world title fight on December 10, 2022 at the age of 29, after 28 professional fights against Josh Warrington with the IBF title on the line.

His most recent fight was a non-title bout against Yeison Vargas on August 20, 2022. Lopez won the fight via 2nd round KO. It's been 1 month and 17 days since this fight.