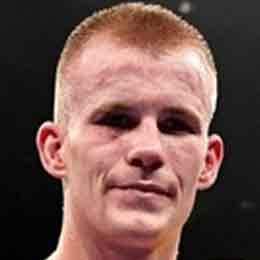 Liam Wilson is an Australian professional boxer. He was born in Redcliffe, Queensland, Australia on March 18, 1996. Wilson made his professional boxing debut at the age of 22 on June 29, 2018. He is yet to win a world title. Wilson is 26 years old, he will turn 27 in 1 month and 17 days.

Liam Wilson made his debut against Ricky Curline at the age of 22 on June 29, 2018, defeating Curline via 1st round KO. He went on to win 8 more consecutive fights after the debut, which included 5 wins via stoppage.

Liam Wilson is scheduled for his first world title fight on February 3, 2023 at the age of 26, after 12 professional fights, against Emanuel Navarrete with the WBO (vacant) title on the line.

Liam Wilson has had just a single loss in his professional boxing career so far. He suffered his first loss against Joe Noynay via 5th round TKO on July 7, 2021. Noynay is the only boxer to beat Wilson. For more details about this defeat, refer to "All of Liam Wilson's losses".

His most recent fight was a non-title bout against Matias Carlos Adrian Rueda on June 29, 2022. Wilson won the fight via 10 round unanimous decision. It's been 7 months and 3 days since this fight.

Wilson's professional boxing record is currently at 11-1, which includes 7 knockout wins and 1 loss via knockout. He is on a two-fight winning streak, and is scheduled to face Mexican boxer Emanuel Navarrete on February 3, 2023.