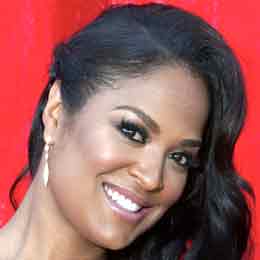 Laila Ali (She Bee Stingin') is a retired American professional boxer. She was born in Miami Beach, Florida, U.S. on December 30, 1977. Ali made her professional boxing debut at the age of 21 on October 8, 1999. She is a former super-middleweight world champion. She is 45 years old, and will be turning 46 in 10 months and 26 days. Ali is a Hall of Famer.

Ali made her debut against April Fowler at the age of 21 on October 8, 1999, defeating Fowler via 1st round KO. She would go on to remain undefeated throughout her career.

Ali has won one world title at super-middleweight. For all the details about Ali's world title wins and defenses refer to "Laila Ali World Titles".

Laila Ali has never lost a fight in her professional boxing career.

Her last professional fight was a super-middleweight title defense bout against Gwendolyn O'Neil on February 3, 2007. Ali won the fight via 1st round TKO and defended her WBC title. It's been 16 years and 1 day since this fight.

Ali retired from professional boxing with an undefeated record of 24-0, which included 21 knockout wins, and 1 title win. She was inducted into the International Boxing Hall of Fame (IBHOF) in 2021.

Laila Ali fought a total of 24 times during her professional career. These three fights are the highlight of her career.