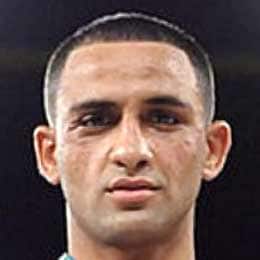 Kid Galahad is a British professional boxer, who holds British and Yemeni citizenship. He was born in Doha, Qatar on March 3, 1990. Galahad made his professional boxing debut at the age of 19 against Delroy Spencer on September 5, 2009. He is a featherweight world champion. Galahad is 32 years old, he will turn 33 in 4 months and 24 days.

Kid Galahad started boxing professionally at 19 years of age; he debuted against Delroy Spencer on September 5, 2009, and defeated Spencer via 4 round PTS.

He had his first world title fight at the age of 29 on June 15, 2019 after 26 professional fights against Josh Warrington for the IBF title. Galahad lost to Warrington via 12 round split-decision.

His most recent fight was a non-title bout against fellow British boxer Maxi Hughes on September 24, 2022. Galahad lost the fight via 12 round majority decision. It's been 13 days since this fight.