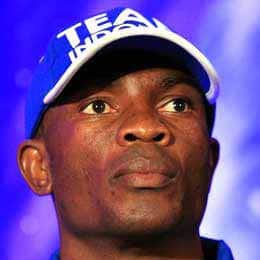 Julius Indongo (Blue Machine) is a Namibian professional boxer. He was born in Windhoek, Namibia on February 12, 1983. Indongo made his professional boxing debut at the age of 26 against Pohamba Mandume on July 25, 2009. He is a super-lightweight world champion. Indongo is 39 years old, he will turn 40 in 2 months and 7 days.

Julius Indongo started boxing professionally at 26 years of age; he debuted against Pohamba Mandume on July 25, 2009, and defeated Mandume via 4 round PTS.

His most recent fight was a non-title bout against Tanzanian boxer Hassan Mwakinyo on September 3, 2021. Indongo lost the fight via 4th round TKO. It's been 1 year, 3 months, and 2 days since this fight.

These two fights are the highlight of of Julius Indongo's boxing career so far.