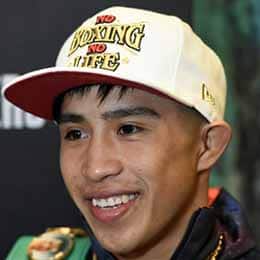 Julio Cesar Martinez (El Rey) is a Mexican professional boxer. He was born in Mexico City, Mexico on January 27, 1995. Martinez made his professional boxing debut at the age of 20 against Joaquin Cruz on October 16, 2015. He is a flyweight world champion. Martinez is 27 years old, he will turn 28 in 1 month and 19 days.

Julio Cesar Martinez started boxing professionally at 20 years of age. He debuted against Joaquin Cruz on October 16, 2015 and lost to Cruz via 4 round split-decision.

He had his first world title fight at the age of 24 on December 20, 2019 after 16 professional fights against Cristofer Rosales for the flyweight WBC (vacant) title. Martinez defeated Rosales via 9th round TKO to become the new flyweight champion of the world.

His most recent fight was a flyweight title defense bout against Spanish boxer Samuel Carmona on December 3, 2022. Martinez won the fight via 12 round majority decision and defended his WBC title.