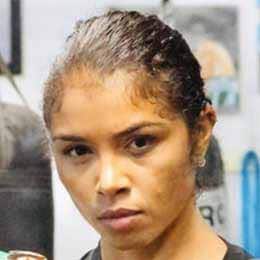 7 years and 2 months into her professional boxing career, Jessica McCaskill has fought 15 times with 12 wins and 3 losses. As of February 2023, McCaskill's boxing record stands at 12-3 (5 KO wins).

Jessica McCaskill (CasKILLA) is an American professional boxer. She was born in St. Louis, Missouri, U.S. on September 8, 1984. McCaskill made her professional boxing debut at the age of 30 on August 22, 2015. She is a 2-weight-class world champion. McCaskill is 38 years old, she will turn 39 in 7 months and 1 day.

Jessica McCaskill made her debut against Tyrea Nichole Duncan at the age of 30 on August 22, 2015, defeating Duncan via 2nd round TKO.

McCaskill had her first world title fight at the age of 33 on December 13, 2017 after 6 professional fights, against Katie Taylor for the WBA title. She lost to Taylor via 10 round unanimous decision.

Jessica McCaskill has had a total of three losses in her professional boxing career so far — two of them in title bouts and one in a non-title bout. She suffered her first loss against Katonya Fisher via 4 round split-decision on June 18, 2016. She has never been stopped, all her losses came via decision. For more details about these defeats, refer to "All of Jessica McCaskill's losses".

Her most recent fight was for the super-lightweight undisputed championship title against British boxer Chantelle Cameron on November 5, 2022. McCaskill lost the fight via 10 round unanimous decision. It's been 3 months and 2 days since this fight.

McCaskill's professional boxing record is currently at 12-3, which includes five knockout wins, and seven title wins. She is on a one-fight losing streak.

Jessica McCaskill has fought a total of 15 times till today. These four fights are the highlight of her career.