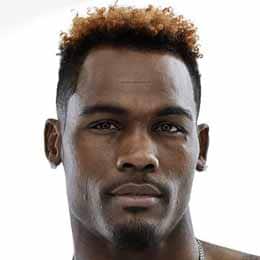 Jermell Charlo (Iron Man) is an American professional boxer. He was born in Lafayette, Louisiana, U.S. on May 19, 1990. Charlo made his professional boxing debut at the age of 17 against Corey Sommerville on December 8, 2007. He is a super-welterweight world champion. Charlo is 32 years old, he will turn 33 in 5 months and 11 days.

Jermell Charlo started boxing professionally at 17 years of age. He debuted against Corey Sommerville on December 8, 2007 and defeated Sommerville via 4 round unanimous decision.

He had his first world title fight at the age of 26 on May 21, 2016 after 27 professional fights against John Jackson for the super-welterweight WBC (vacant) title. Charlo defeated Jackson via 8th round TKO to become the new super-welterweight champion of the world.

His most recent fight was for the super-welterweight undisputed championship title against Argentinian boxer Brian Castaño on May 14, 2022. Charlo won the fight via 10th round KO, and successfully defended his WBA (Super), WBC, IBF, and The Ring titles and won the WBO title — and became the undisputed super-welterweight champion. It's been 6 months and 24 days since this fight.

These three fights are the highlight of of Jermell Charlo's boxing career so far.