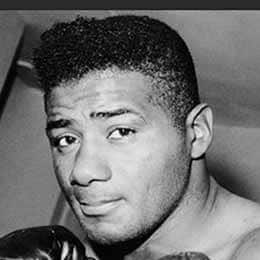 Floyd Patterson was active from from 1952 to 1972. He started boxing professionally at 17 years of age; Patterson debuted against Eddie Godbold on September 12, 1952, and defeated Godbold via 4th round KO.

He had his first world title fight at the age of 21 on November 30, 1956 after 31 professional fights against Archie Moore for the heavyweight NBA (vacant), NYSAC, and The Ring titles. Patterson defeated Moore via 5th round KO to become the new heavyweight champion of the world.

His last professional fight was a non-title rematch against fellow American boxer Muhammad Ali at 37 years of age, on September 20, 1972. Patterson lost the fight via 7th round RTD.

Patterson was inducted into the International Boxing Hall of Fame (IBHOF) in 1991.