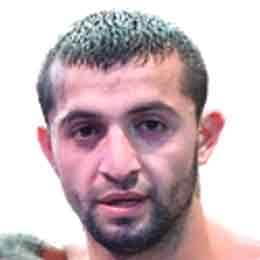 Enriko Gogokhia (Gudan) is a Georgian professional boxer. He was born in Zugdidi, Georgia on March 26, 1991. Gogokhia made his professional boxing debut at the age of 25 against Steven Chad McKinney on June 11, 2016. He is yet to win a world title. Gogokhia is 31 years old, he will turn 32 in 3 months and 18 days.

Enriko Gogokhia started boxing professionally at 25 years of age. He debuted against Steven Chad McKinney on June 11, 2016 and defeated McKinney via 2nd round KO.

His most recent fight was a non-title rematch against American boxer Kent Cruz on November 5, 2022. The fight ended in a 8 round majority decision draw. It's been 1 month and 3 days since this fight.