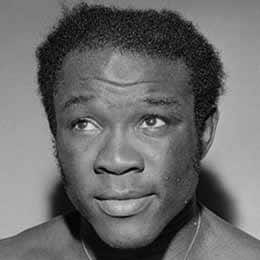 Griffith made his debut against Joe Parham at the age of 20 on June 2, 1958, defeating Parham via 4 round PTS. He went on to win 12 more consecutive fights after the debut, which included 5 wins via stoppage.

Griffith had his first world title fight at the age of 23 on April 1, 1961 after 24 professional fights, against Benny Paret for the welterweight NBA, NYSAC, and The Ring titles. He defeated Paret via 13th round KO to become the welterweight champion of the world.

He was a three-time undisputed world champion — at middleweight (2x) and welterweight, and won 11 world titles at 2 weight classes. He was elevated as world champion twice. For all the details about Griffith's world title wins and defenses refer to "Emile Griffith World Titles".

Some of Griffith's best fights and notable victories include wins over Nino Benvenuti, Dick Tiger, Benny Paret, and Denny Moyer.

Emile Griffith had a total of 24 losses in his professional boxing career — eight of them in title bouts and 16 in non-title bouts. He suffered his first loss against Randy Sandy via 10 round split-decision on October 26, 1959, which ended his 13-fight win streak. He was stopped two times and lost 22 times via decision. For more details about these defeats, refer to "All of Emile Griffith's losses".

His last professional fight was a non-title bout against British boxer Alan Minter at 39 years of age, on July 30, 1977. Griffith lost the fight via 10 round PTS.

Griffith retired from professional boxing with a record of 85-24-2, which included 22 knockout wins and 2 losses via knockout, and 11 title wins. He was inducted into the International Boxing Hall of Fame (IBHOF) in 1990.

Emile Griffith fought a total of 112 times during his professional career. He was among the very best of his generation and put on some great performances. These eight fights are the highlight of his career.