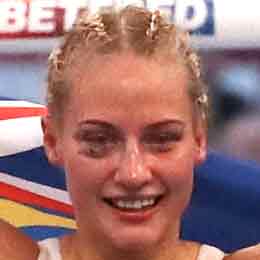 Ebanie Bridges (Blonde Bomber) is an Australian professional boxer. She was born in Sydney, Australia on September 22, 1986. Bridges made her professional boxing debut at the age of 32 against Mahiecka Pareno on February 8, 2019. She is a bantamweight world champion. Bridges is 36 years old, she will turn 37 in 9 months and 14 days.

Ebanie Bridges started boxing professionally at 32 years of age. She debuted against Mahiecka Pareno on February 8, 2019 and defeated Pareno via 3 round majority decision.

She had her first world title fight at the age of 34 on April 10, 2021 after 5 professional fights against Shannon Courtenay for the WBA (vacant) title. Bridges lost to Courtenay via 10 round unanimous decision.

Her most recent fight was on March 26, 2022 against Argentinian boxer María Cecilia Román for Román's bantamweight title. Bridges won the fight via 10 round unanimous decision and won the IBF title. It's been 8 months and 12 days since this fight.