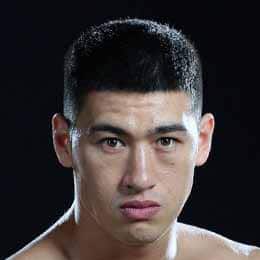 Dmitry Bivol is a Russian professional boxer. He was born in Tokmak, Kyrgyz SSR, Soviet Union on December 18, 1990. Bivol made his professional boxing debut at the age of 23 against Jorge Rodriguez Olivera on November 28, 2014. He is a light-heavyweight world champion. Bivol is 31 years old, he will turn 32 in 2 months and 11 days.

Dmitry Bivol started boxing professionally at 23 years of age; he debuted against Jorge Rodriguez Olivera on November 28, 2014, and defeated Olivera via 6th round TKO.

Bivol got elevated as the light-heavyweight world WBA champion at the age of 26 after 11 professional fights, and had his first title defense fight against Trent Broadhurst on November 4, 2017, and won via 1st round KO.

His most recent fight was a light-heavyweight title defense bout against Mexican boxer Canelo Álvarez on May 7, 2022. Bivol won the fight via 12 round unanimous decision and defended his WBA (Super) title. It's been 5 months since this fight.