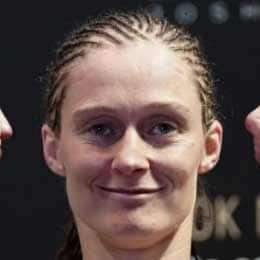 Delfine Persoon is a Belgian professional boxer. She was born in Hooglede, West Flanders, Belgium on January 14, 1985. Persoon made her professional boxing debut at the age of 23 against Jana Latova on May 23, 2008. She is a lightweight world champion. Persoon is 37 years old, she will turn 38 in 1 month and 6 days.

Delfine Persoon started boxing professionally at 23 years of age. She debuted against Jana Latova on May 23, 2008 and defeated Latova via 2nd round KO.

She had her first world title fight at the age of 27 on September 21, 2012 after 20 professional fights against Erin McGowan for the lightweight IBF (vacant) title. Persoon defeated McGowan via 7th round TKO to become the new lightweight champion of the world.

Her most recent fight was a non-title bout against German boxer Ikram Kerwat on November 13, 2022. The fight ended in a 1 round no-contest. It's been 25 days since this fight.

These two fights are the highlight of of Delfine Persoon's boxing career so far.