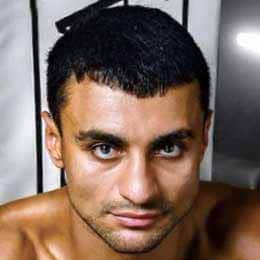 David Avanesyan (Ava) is a Russian professional boxer. He was born in Pyatigorsk, Stavropol Krai, Soviet Union on August 15, 1988. Avanesyan made his professional boxing debut at the age of 20 against Vazgen Agadzhanyan on June 12, 2009. He is yet to win a world title. Avanesyan is 34 years old, he will turn 35 in 8 months and 7 days.

David Avanesyan started boxing professionally at 20 years of age. He debuted against Vazgen Agadzhanyan on June 12, 2009 and defeated Agadzhanyan via 4 round unanimous decision.

He had his first world title fight at the age of 28 on February 18, 2017 after 24 professional fights against Lamont Peterson for the WBA (Regular) title. Avanesyan lost to Peterson via 12 round unanimous decision.

His most recent fight was a non-title bout against Finnish boxer Oskari Metz on March 19, 2022. Avanesyan won the fight via 1st round TKO. It's been 8 months and 19 days since this fight.